We’ve heard it said time and again – elections have consequences.  Here in Loudoun, most of the consequences of the November 2017 elections were obvious.  We lost nearly all of our conservative leadership at the state level.  Many local seats went to the Left, as well.  Finger-pointing and in-fighting on the Right continued.   And the hostility and bitterness of the Resistors was given new life.

Meanwhile, in a locally-owned coffee shop, a diverse group of women got together to express our concerns for the future.  We were tired of the worrying and complaining, and we were tired of inaction.  We took to heart the old adage:  “If not us, whom?  If not now, when?”

Meanwhile, in a locally-owned coffee shop, a diverse group of women got together to express our concerns for the future.  We were tired of the worrying and complaining, and we were tired of inaction.  We took to heart the old adage:  “If not us, whom?  If not now, when?”

We began with a simple objective:  to inspire conservative-minded women to get involved in grassroots political activism.   From the beginning, we wanted to empower them to find their voices and contribute their diverse talents.  To feel more secure when stepping out of their comfort zones.  To persevere in the face of adversity.

We set about organizing our group and began asking others to join.  We encountered many smart, talented, experienced women who were very interested in helping us but who were hesitant about “going public” with their conservative views.   Why?  Because they were afraid of the backlash – socially, professionally, even personally – that they or their families would suffer at the hands of those with opposing views.  The struggle is real.

This is what our local political climate has come to – bullying or shaming conservatives into hiding.  The Left would have you believe that we’re all selfish, uncaring, privileged, misogynistic racists.  Nothing could be further from the truth.  But when you can’t win on principles, you resort to other tactics.

It is clear that in order to be successful in the long-term, we need to change the false narratives that exist about what it means to be conservative.  As US Senate candidate Nick Freitas says, we “don’t have a principles problem; we have a messaging problem.”  We’ve allowed the Left to dictate the conversation and control the image of who conservative women are and what we believe, and that has got to change.

Enter Loudoun Inspire.  In the last several months, as our message of optimism and hope for the future has appealed to ever more citizens, we have grown considerably.  Our group consists of women from all walks of life: we are highly educated; many are working professionals; most are mothers; we are young and old; and we are from diverse backgrounds, including some whose families fled Cuba, Iran, Eastern Europe, and India.

Our stories are those of every-day Americans who care deeply about this country and its founding principles – women who have endured hardships, made sacrifices, served and supported our fellow citizens, and defended our country.  We believe whole-heartedly in freedom, liberty, and the right of everyone to pursue their own personal version of happiness.
​
We hope you’ll get to know us. 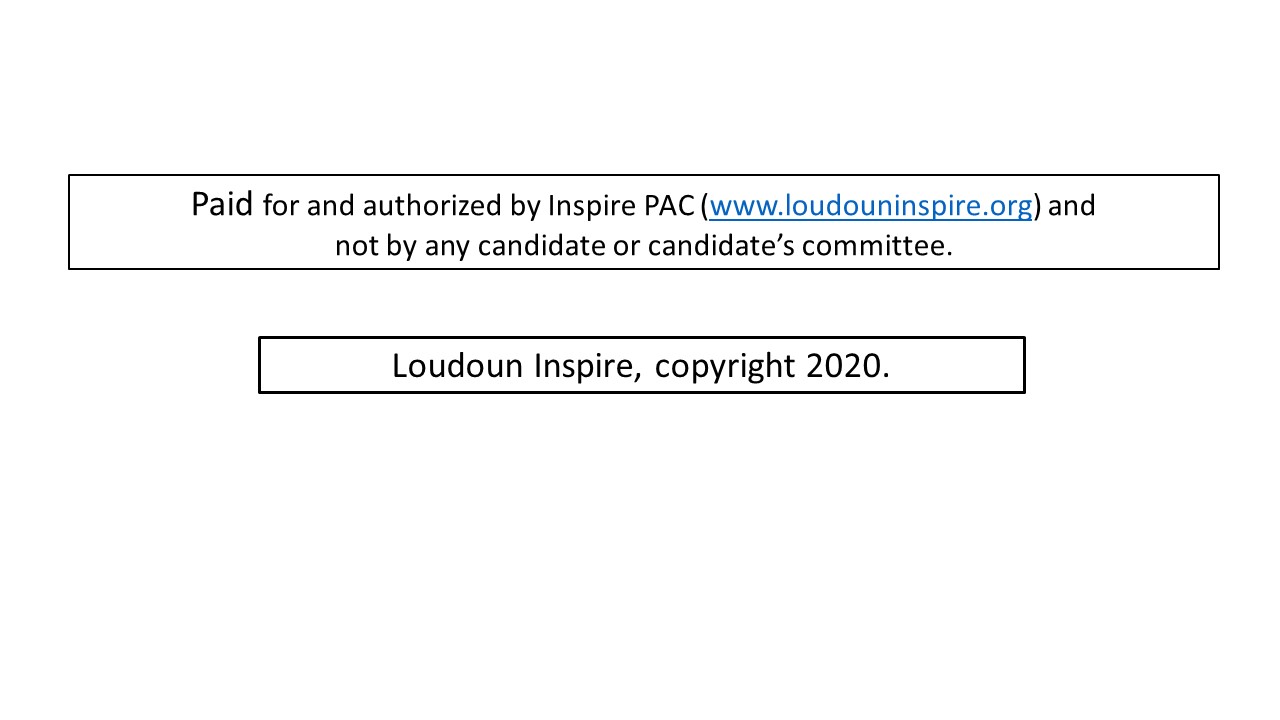